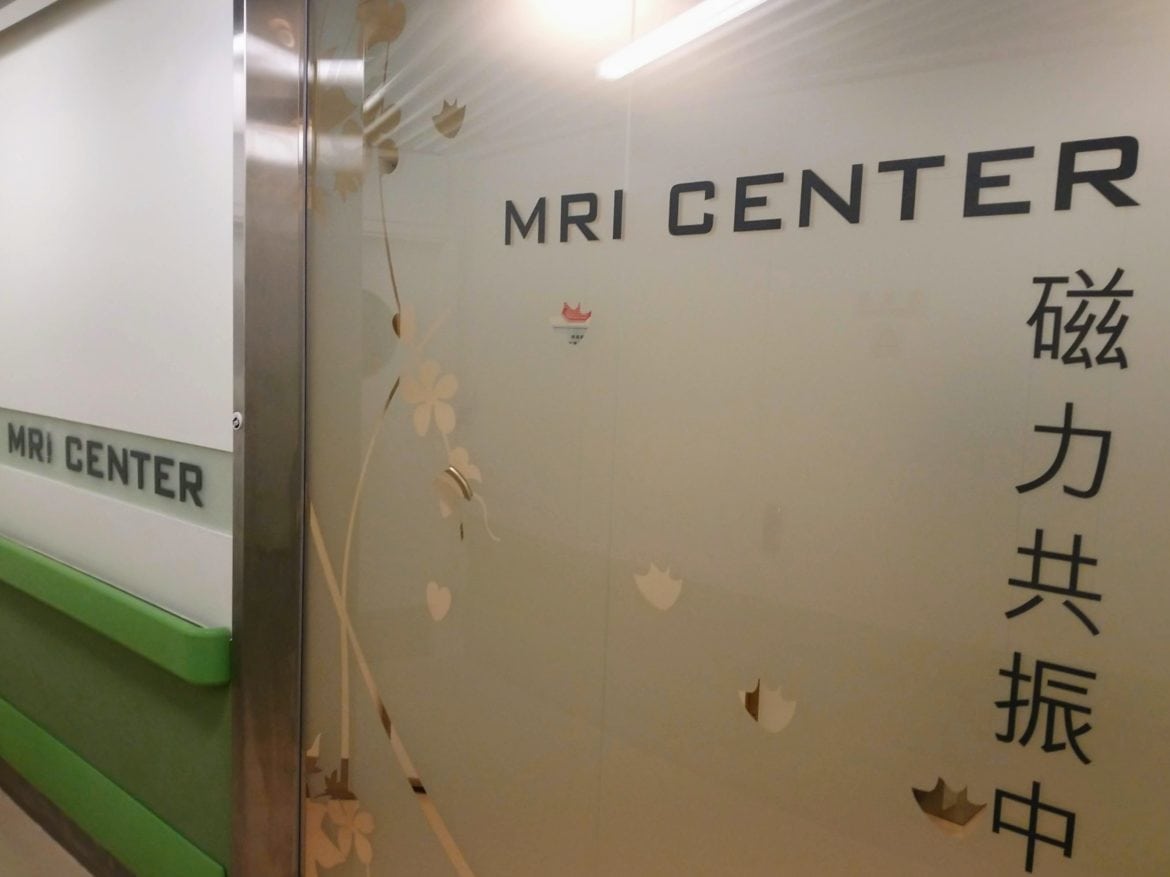 Following December scans that showed new brain activity, Maggie had consulted three specialists in the US and come out with a “consensus” of either radiation necrosis or leptomeningeal disease with two out of three leaning towards radiation necrosis. A wonderful neuro-oncologist took time to dig into the details of her case and the latest research and showed her comparison images demonstrating the necrosis could be seen forming in the October 28 2019 scans. She returned to Hong Kong for brain and spine MRI February 20.

I’m very happy to say that the results of this week’s scans don’t indicate leptomeningeal disease. Hooray that!

The area of activity has grown significantly to 2.5 x 1.1 x 1.8 cm which, according to the radiologist’s report “likely represents new cerebellar metastasis.” My oncologist read that and is convinced it’s a new brain tumor. My biggest yet.

Here is why I know it’s not a new tumor:

What is so frustrating is that my HK oncologist wouldn’t even consider the possibility. He wants to treat with another course of radiosurgery or whole brain radiation, both of which would quickly kill me if this is necrosis and will massively increase my risk of necrosis even if it isn’t.

The only reason I continue to see him is that he pretty much goes along with whatever I want as long as I pay. If we were to somehow find out this is a new tumor, I’d want to try other TKIS (entrectenib was just approved for ROS1+ and is available in my HK hospital) or immunotherapy long before another round of brain radiation or open brain surgery. Huff.

I’m so so lucky that I know to do my own research and am in a position to get a second opinion but it breaks my heart that most folks out there just follow the treatment plan of their doctor and die so much earlier.

I am incredibly lucky and grateful that this isn’t cancer progression. Even so, radiation necrosis is no joke – my brain tissue is dying. The treatments that will help are:

I’m incredibly excited for the chance to show that, like stage 4 cancer, radiation necrosis is not a death sentence. And hopefully raise awareness with those wrongly diagnosed with progression.

In other news, I’m super honored to have earned a place on feedspot’s Top Cancer Blogs list! Looking forward to moving up in the rankings as I flesh this out with more resources for those facing their own diagnosis.

The Importance of Intention: In healing and everything else

I’m glad you are so focused on increasing your knowledge and understanding of what’s happening to your body. Knowledge gives you strength to move forward. As always, sending love your way!

Thank you! Hard to believe it was just a year ago that I felt such panicky need to listen to my doctors and treat right away. Now its a peaceful desire to listen to my body and make sure I’m living the life I want.

Thank you so much for your love and support all this time! That’s what gives me strength <3

Oohh! I just LOVE being able to get the full story instead of just the IG cliff notes version! You are a warrior and a shining example of what all cancer patients should aspire to be. I know you are helping thousands of people with your story and knowledge.

You are so incredibly kind. When I was first diagnosed all I wanted was for Brad and my doctors to think I was strong in the face of death and a good patient. HAHAHA! Given what a pain in rear patient I am these days, I almost don’t blame my oncologist for wanting to kill me =D

I honestly don’t have words. I remain in awe of you on so many different levels. Please keep doing what you are doing.

Dude! I cannot tell you how much your support has given me strength to speak up an trust myself. Thank you beyond words!

I admire you, and I thank you for your publications full of information. Has considered cannabis oil or bee venom therapy, I have found in these two that they lowered my inflammation and raised my defenses. sure you have an opinion or knowledge about it

Hi! I do take CDB when I can access it legally in the US. I’m always in the market to lower chronic inflammation so will look into bee venom therapy. I’d read about it in my pre-cancer days but didn’t realize it had anti-cancer potential. Thank you so much for pointing me that way!!

May I ask, which meditations have your tried or are you doing? I’m doing Dr. Dispenza placebo meditation. Hugs.

Hi! I was initiated into transcendental meditation when I was a little girl and, while I no longer practice traditional TM, I generally prefer sitting in silence or binaural beats to guided meditation. I usually mix it up with Shamatha (concentration meditation), Vipassana (insight) and yoga nidra (mind awake/ body asleep) with some metta (lovingkindness) and transcendental now and then (focused on the breath rather than a mantra). I have tremendous respect for Joe Dispenza’s teachings and think they’re a perfect choice for those who prefer guided meditation. The science is real!!

Here’s a summary of the Vipassana retreat I did in November 2019 and a few notes on MBSR. Not really something you need but other people might find handy =D