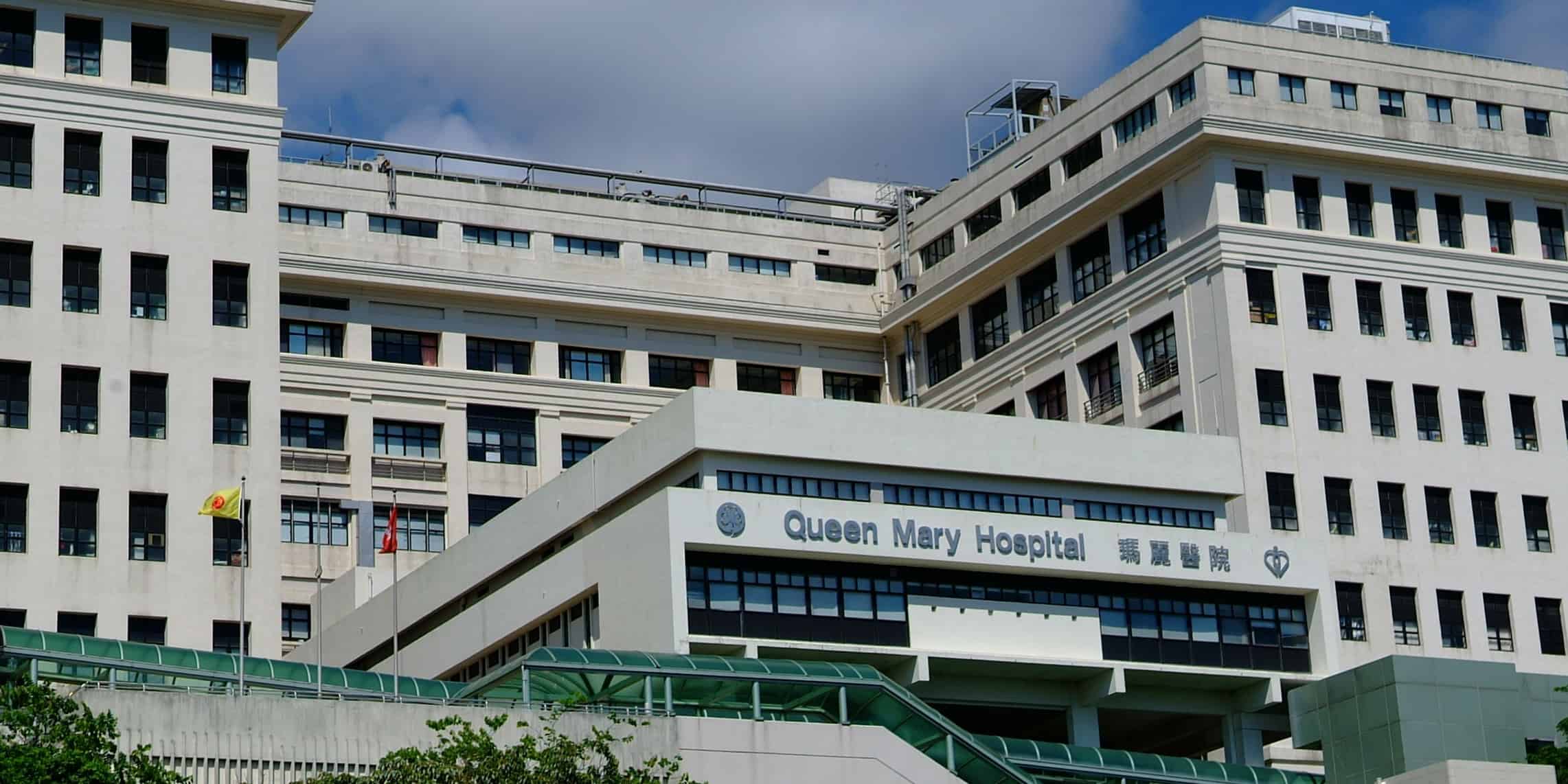 Making the Move to the Public Hospital

Adventist Hospital was unquestionably the best place for me to be diagnosed. Their standard of care includes genetic testing of cancer immediately following biopsy and that’s how I was fortunate enough to find out I had the ROS1+ mutation. They’re also one of the only two facilities in Hong Kong that can perform the cyberknife stereotactic radiosurgery used to treat my brain tumors.

However, my oncologist hasn’t always impressed me. First, he doesn’t make eye contact with me. In the beginning I was grateful that he was so inclusive of Brad during consultations but eventually I realized I was being excluded. He has a few other strikes against him as well – telling me crizotinib doesn’t contraindicate escitalopram when it does, ordering tests that he then admits don’t tell us anything, and forgetting what my mutations are – literally not knowing what kind of cancer I have – twice. On the positive side, he will pretty much just do whatever I suggest, he’s easy to get in touch with, Adventist is very convenient, and I like being in charge of my treatment so we’ve stuck with him.

Unfortunately, Adventist is also very expensive as I’ve pointed out in previous posts. Last appointment he charged me a $22,500 HKD ($2,870 in USD) “prescription fee” to hand over the medicine that Pfizer had given me for free for compassionate use. This is in addition to the $200 import charges I paid the pharmacy, his $2000 consultation fee, and the $5,800 in blood tests. I was mostly irritated because the “prescription fee” for crizotinib was only $10,000.

Luckily, things timed out well and, just as the prescription fee has gone doubled and I’ve fully maxed out my benefits for the year (I’ve been paying 20% since October), I’m able to transition to the public hospital, Queen Mary.

It took several months to get an appointment at Queen Mary – a process that included being actively discouraged and then signing a document acknowledging the attempted discouragement. April 25 we were finally able to take the journey to the other side of the island via MTR and minibus to their Calcutta-like oncology ward to meet our new doctor.

He’s awesome and I love it there.

Queen Mary is a teaching hospital attached to The University of Hong Kong. It’s a massive, sprawling complex that, like all Hong Kong hospitals I’ve been to, is unsettlingly near-adjacent to a large, beautiful cemetery. It has a definite “transit station” vibe and is just as busy. All of Hong Kong is efficient but this place is efficient. It’s like a health care factory. They actually have you take a number for the chest x-ray station, blood draw station and prior to consult. Since the care is essentially free, patients are packed shoulder to shoulder in folding chairs while the aisles are crammed with patients in parked gurneys and wheelchairs. It’s hard to believe this many people in Hong Kong have cancer.

My new doctor is from Diamond Bar, California. He got his undergraduate degree there before heading to HKU for his MD. He’s young, a native English-speaker, and makes eye contact. On our first meeting he was able to rattle off the names of many targeted therapies for my mutations.

The standard of care for lung cancer at Queen Mary is traditional platinum-based chemo. Everything is decided by a committee guided by risk tables. They don’t do genetic testing or cover the exorbitant costs of targeted therapy – nor would I expect taxpayers to.

Nevertheless, I had my second consultation appointment Thursday and New Doc told me the board had met and agreed to submit the paperwork to transfer my compassionate use drugs from Adventist. This is a very rare thing for the government to do but they’d already talked to Pfizer and the transfer should be done by my next appointment.

Guys, this means my monthly bill for having cancer is down to $80 HKD plus bus money = ~$13 USD. And I have a doctor who is both willing to look me in the eye and seems to have a passing interest in cancer. This will only last until 1) I develop resistance and have to look elsewhere for targeted therapies, 2) I develop another brain tumor and need another treatment, or 3) lorlatinib is approved for use in Hong Kong and I have to pay for it. Still, I’m taking the W and will enjoy it as long as I can.