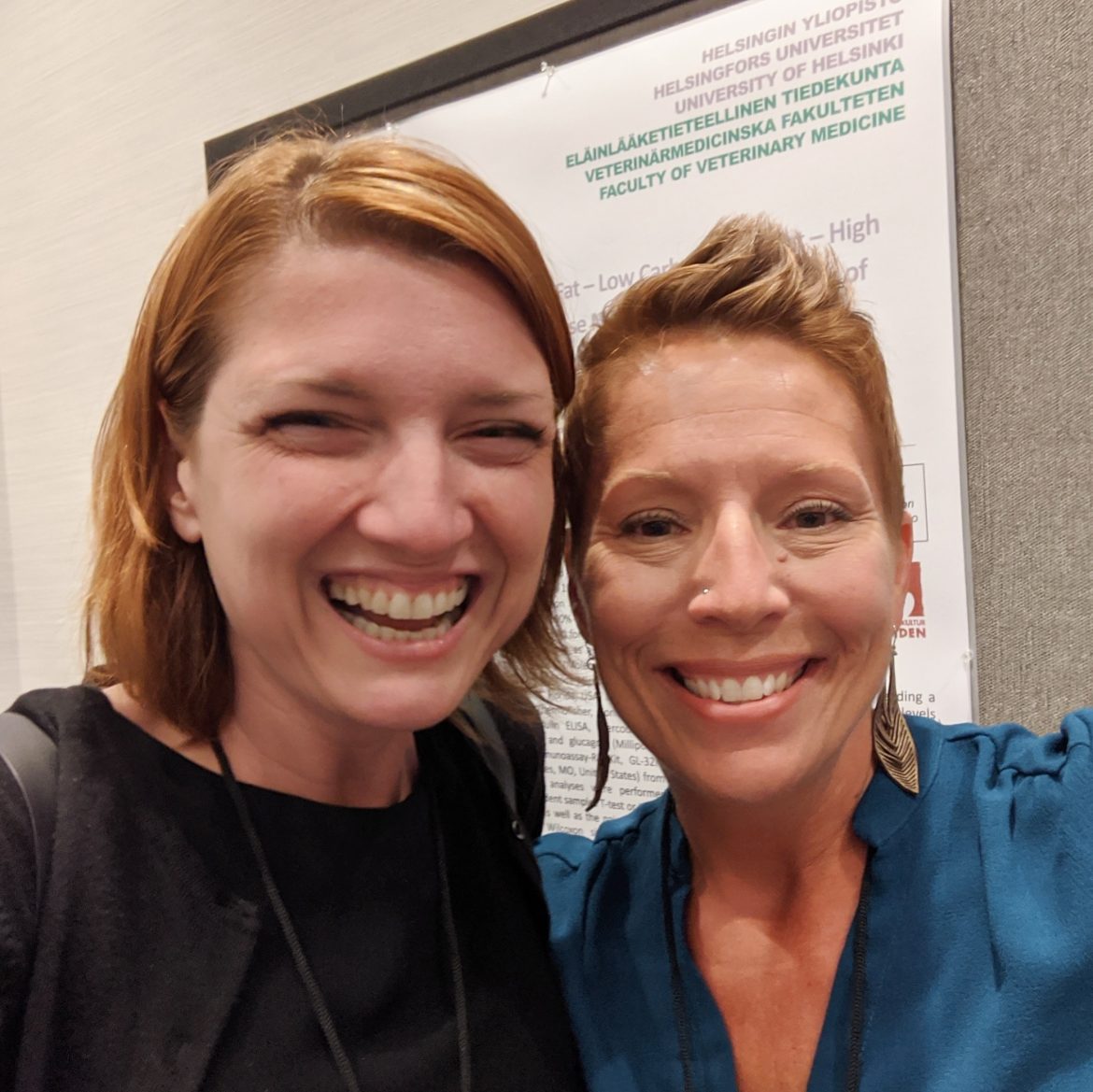 So often since I started this blog and, a year later, shared the miraculous news that I was No Evidence of Disease (NED), too many people have reached out with the goal of achieving the same. Feeling like they need to achieve the same. I feel guilty for ever sharing my status because I can’t emphasize enough that NED isn’t the goal.

Enjoying a long, happy, healthy life is the goal.

Everyone has cancer cells. I do, Brad does, my dog does. I just let mine get (way, way) out of control at one point. Even when they’re undetectable, they’re still there. And that’s okay.

In December 2021 I had a chance to interview my hero, Dr. Nasha Winters, for the documentary. Her story inspired me when I first found out I had cancer and still does today.

Dr. Nasha was diagnosed with Stage 4 ovarian cancer when she was 19 and given less than a year to live. I interviewed her shortly before her 50th birthday. As always, she was more vibrant and energetic than just about anyone I’ve ever known.

I learned during our interview that she has never been NED in the intervening 30 years. She experienced progression on two occasions but, utilizing the metabolic strategies she discusses in her books, she’s in radiant health.

The Metabolic Approach to Cancer was on my first “cancer books” and one I return to regularly. Both Nasha and Jess are wonderful people I’m so grateful to know.

Mistletoe and the Emerging Future of Integrative Oncology – After reading this, I’ve decided that Mistletoe will be my next therapy if I need one.

Happiness, health, energy, the chance to be of service to others… These are the things that are important to me – not what some scan or dude in a white coat says. (Note: my use of dude is a gender-neutral honorific.)

Money Where My Mouth Is

I had an opportunity to test this philosophy with my first recurrence scare at the beginning of 2022. I felt a lump in a lymph node in my neck that had been previously stuffed with tumors in my early cancer days. (Back in these days.)

I immediately scheduled a blood test that showed my tumor markers were above normal for the first time since I was NED in 2019.

I then scheduled a CT that confirmed there was likely a cancer recurrence, although we’ll never know for sure without a biopsy.

This was my opportunity to practice what I preach and, instead of panicking, I asked my doctors to “watch and wait” – at least until my next scan.

I enjoyed an extended water fast, tightened up my diet and self-care, and my tumor markers were back to normal the next time I tested, as you can see above. I could no longer feel the lump and my next CT months later confirmed the growths were melting away. (I got the impression my doctor was super annoyed that I healed.)

10 months later, I’m better than ever, no active disease

Not letting myself be overwhelmed by the urgency of a potential cancer recurrence was the thing I needed. Not falsely equating being NED with my ability to experience an incredible life.

If you’re on this site, the odds are that you or someone you love have a super-valid reason to feel really terrified and motivated by an overwhelming sense of urgency. “Get it out!” was all I cared about when I found out I had cancer. “Kill it! Kill it with fire! (Or chemo or radiation or a scalpel or whatever it takes.)” Seriously, I was diagnosed because of the mets in my right eye and was so hopeful I could just cut out that eye. “I have two!”

The most important advice I can offer from this part of my journey, is that it’s not that urgent. (Easy for me to say, I know.) Still, if I could tell 4-years-younger-Maggie anything, I’d tell me, “Take some time to learn how to listen to your body; then pay more attention to that message than anything else.”

Make Your Own Easy Organic Chipotles in Adobo Sauce