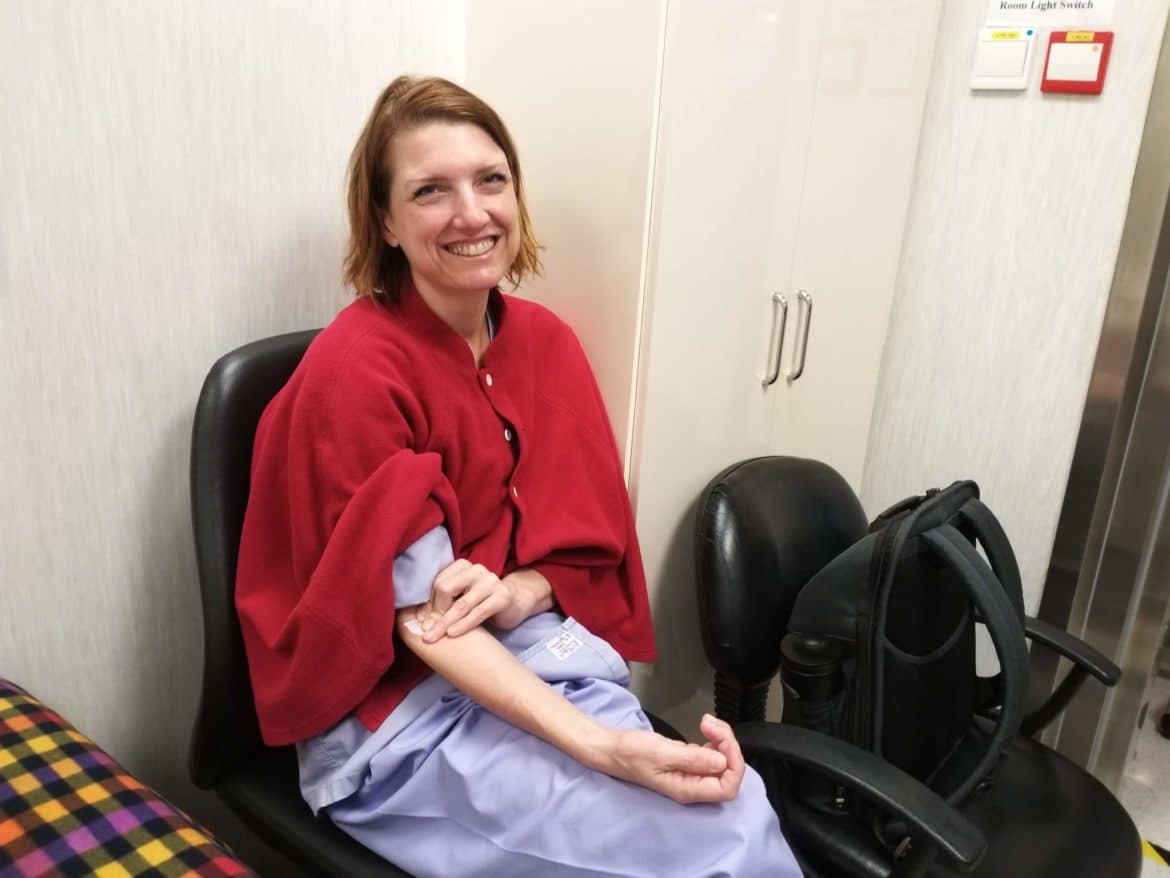 Friday I had my monthly blood test and the first meeting with my primary Hong Kong oncologist since the Seattle Cancer Care Alliance team found new activity in a previously treated brain tumor and a new brain lesion. SCCA has been super eager to move on it now testing for what they think may be leptomeningeal disease and targeting it with a third round of radiosurgery if possible. I decided instead to meditate on it in Thailand.

While nothing was resolved in this appointment, my blood tumor markers were still in the normal range which made me feel better than ever about my decision to take it slow. Even though these aren’t definitive diagnostic markers, they tracked really closely with my last new brain mets. The big jump in the graph was when I had 2 new brain tumors but my body tumors were still steady.

Anyway, HK oncologist agreed that we can watch and wait another month and has scheduled an MRI of brain and spine for February 20. I will probably stop in and consult with the Seattle team before then since I’ll be in the US but, unless I have symptoms, I don’t want to jump to any invasive treatment.

If it is a new tumor:
We know the new lesion is close to a previously treated tumor (also with new activity). Here are my options in order of preference (subject to change).

If somehow we confirm it’s LMD…

For now, more focus on healing for me.

One bit of good news sort of (and hopefully it doesn’t come to this): entrectinib was actually already approved! https://www.cancer.gov/news-events/cancer-currents-blog/2019/fda-entrectinib-ntrk-fusion

Sending you all the good vibes. Your intuition seems to be serving you well.

Woot! Look at that:

“The approval of entrectinib for people with NSCLC harboring ROS1 gene fusions was also based on results from the ALKA-372-001, STARTRK-1, and STARTRK-2 trials.

Among participants with NSCLC harboring ROS1 fusions, entrectinib shrank the tumors of 40 out of 51 (78%) people, including 3 people who had complete responses. For more than half of the people whose tumors shrank, the response lasted for at least 12 months.

At the beginning of the studies, seven people with NSCLC harboring ROS1 fusions were found to have tumors that had spread to their brain or spinal cord, and entrectinib shrank these metastatic tumors in five people. “

Manifestation has infinite power, Maggie. You have the power.

On another note, I have a brain MRI on March 5th. We can compare!

I sense good news for both of us!

I lack confidence in almost any area of my life. Fuck, I skipped lunch today because there were too many options, but I know it is not LMD. I am rooting for an unsolved mystery but I know whatever it is, you will be ready to face it. Sending all the positivity (and virtual hugs) I can muster.

I will be waiting to hear the good news! xoxo

Thank you, Rob!! Thank you thank you thank you! You’ll never understand how much your support means but you believing makes me believe more ensures we get some good, doctor-baffling news next month. Lol, I still feel awesome. My tumor markers are normal. It’s not LMD. Thank you!!

Your last comment seems very positive ! I am impressed by your courage. Keep fighting Maggie

Thank you so much! So good to hear from you. You were so incredible on every project we worked on together just having your support makes me feel like I can’t fail at this one =D

The courage shown by you and people like you who take this “challenge” into their own hands (over outsourcing to someone else) has inspired me to continue diving deeper and finding protocols that might help my wife and others through sharing. You are amazing Maggie as are the people who connected with you in this and other posts. Not sure about your rules but I came across a protocol by a guy named Jim Gordon who is based in the US. He has two protocols; females and males. There is only a slight, but important, variation. They are natural products and he and others have had success.

The only rule of this site is to share all the information we can! Thanks so much, Jason – for you research and kind words!