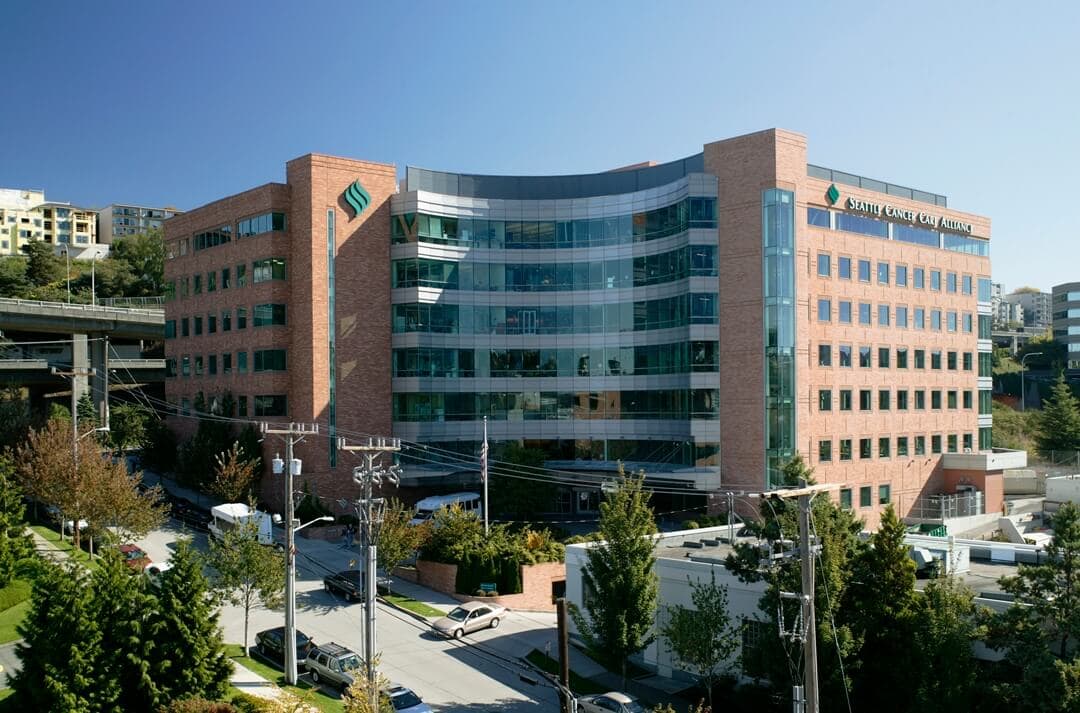 The report from my last scans October 28 read “complete response” and during my November appointment my Hong Kong oncologist confirmed that meant “no evidence of disease.” Nevertheless, I still didn’t feel this was right – I could still feel “leftie,” the tumor under my left clavicle. Brad and I were heading to the US for Christmas anyway and decided to take a detour for a second opinion in the states. My COBRA insurance is about to expire so it was also the right time to establish my US care somewhere covered by a state health care exchange. I can’t afford those $20k Mayo hospital visits on my own and am still humbled and grateful that I was able to visit the two times I was.

After much research we discovered that the Seattle Cancer Care Alliance is the only top tier cancer hospital covered by a state exchange. Not the Mayo, not MD Anderson, not Sloan-Kettering, not Dana Farber. Luckily, it was already my second choice since my brother and his family live in Washington making it easier to establish our state residency. You can look forward to another post about the nonsense of trying to get medical coverage as a terminally ill US citizen not living in the US. I’ll save that for another day, though, because December 16 Brad and I waltzed in there still covered by my magnificent COBRA plan that had hit the “max out of pocket” eleven months ago.

Like the Mayo, SCCA uses a “fellow” system. I think of this as a kind of hub and spoke system where patients work closely with fellows, young doctors who have time to become intimate with your case, who work under more established experts in the area of your cancer. I really liked my fellow at the Mayo but am even more in love with his SCCA counterpart.

Dr. Laura came in knowing every detail of my case and recited my own history back to me. She listened in an open, non-judgmental way that made it easy for me to be completely open with her -even about my recent cannabis experimentation (all legal and medicinal but still stigmatized). The lung cancer specialist, Dr. Keith, was refreshingly candid and communicative in a way none of my doctors have been to date. While other doctors have balked at my request for a prognosis, he volunteered one (a la, “do you want to know your prognosis?”) They assured me that I had what is called “non-smoker’s lung cancer.” While I feel that this division further stigmatizes lung cancer, I’m grateful to learn that it comes with a longer prognosis.

The only initial point of sticking was on my request for new scans. I wasn’t due for 6 weeks and, based on my Hong Kong reports, Dr. Keith reiterated that I’m “what’s known as ‘No Evidence of Disease'” and that if they put me in the tube I wouldn’t show any sign of cancer. Dr. Laura felt Leftie and said that, while she felt what I was talking about, it didn’t feel like a tumor to her. Luckily, they deferred to my request (more evidence that this is a great team for me) and gave me instructions on how to schedule the scans.

The morning of December 19 Brad and I were packing up and getting ready to call our ride to the airport when Dr. Keith called wanting to know how soon I could come to the clinic. Once again, I’m so grateful for his communication style. When I explained that we were on our way to the airport, he cut right to the chase and let me know that the MRI had turned up activity in one of my previously treated brain tumors along with a new area of growth. He thought these could be targeted with SRS, the targeted type of radiation used to treat my previous 4 tumors, and wanted to put me in immediate touch with his radiation oncologist.

The next few hours were a blur of phone calls trying to reschedule my flight and gather information from different departments. Given the absurd cost of changing our flight the weekend before Christmas and a few other factors, we decided to fly as planned – although even the radiation oncologist’s assistant called us at the airport to see if we could squeeze in a consult before the flight. Dr. Keith also called back to tell me that there was some evidence of “leptomeningeal involvement.” A quick google showed that this is not good so I waited on the info to trickle in.

What I know as of 2 January:

I’ve decided to take it slow for now. I emailed the scan results to my HK oncologist and let him know I’d like to “watch and wait.” Brad helped me come to the conclusion that a series of lumbar punctures would be more of a setback to my healing. My oncologist agreed we can limit further testing to the spine MRI and then a new brain MRI in 2 months. Considering the prognosis for untreated leptomeningeal disease is 4-6 weeks, I think this shows he feels the same confidence I do that the lesions are due to past treatment.

In the meantime I’m in Thailand enjoying one of the most relaxing vacations of my life: morning yoga on the beach, meditation, massage – I’m even indulging in fruit. A lot of fruit.

My scheduled follow-up with my HK oncologist is 10 January. Between my return from Thailand and that appointment, I’m setting up the full court press against cancer: extended water fasting, HBOT, vitamin C injections, and lots of time for yoga and meditation.

Regarding the shirt, I’d blame it on the camera! 😉

Heehee. I can definitely blame the photographer: she who ate all the curry!