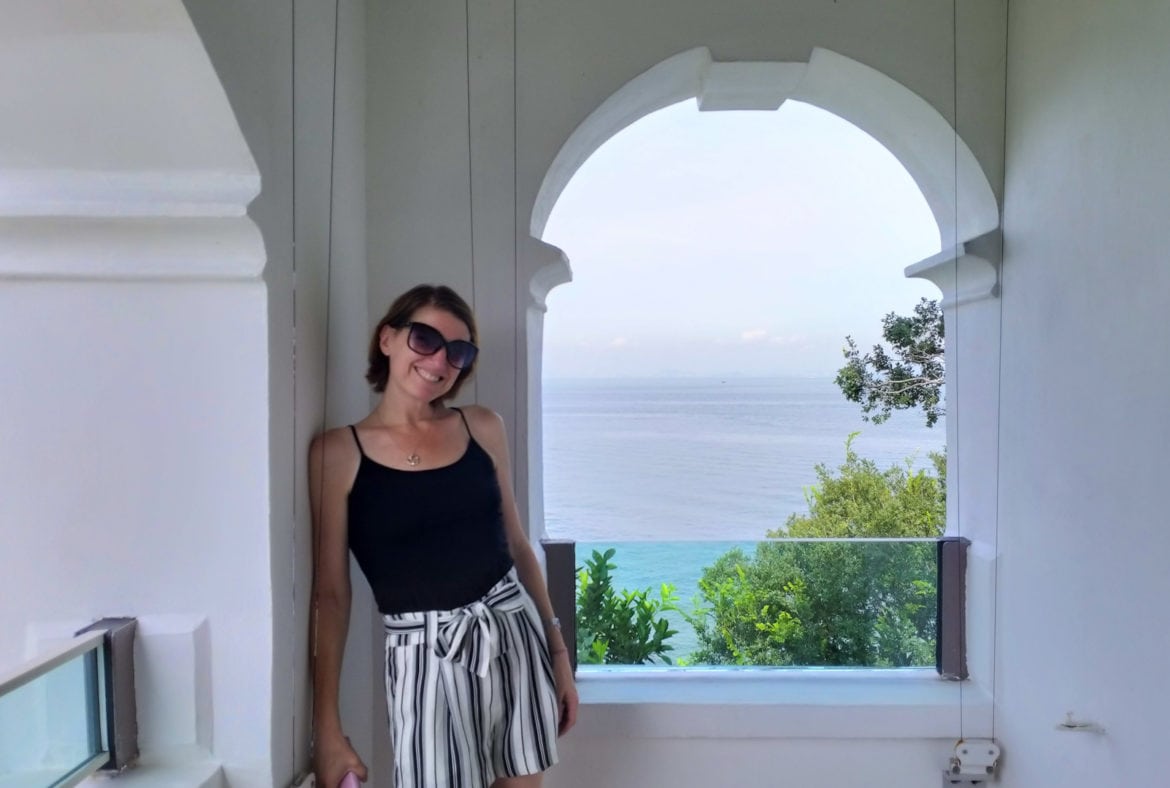 Home Stress Reduction and Lifestyle Change for CancerMindfulness How to breathe: I’ve been doing it wrong
Mindfulness

Even as I’ve been working to leverage the mind-body connection through visualization, guided meditation, journaling and other mind-influencing-the-body-type techniques, I’ve become more aware of the body’s influence on the mind.

Not just stuff like “cancer is a bummer and makes me sad.” More like, “my hip flexors are really open from yoga; I have less anxiety about pooping myself during this meeting.”

One huge revelation that’s been building over time and kind of crested today is around my breathing and how it shapes a lot of my mental and emotional patterns.

I’ve always had dysfunctional breathing and I’ve known it. When I caught this bout of the lung cancer I finally started to think more deeply about a possible connection between my lungs and my breathing.* Duh, right?

As a kid, my heavy sighing drove my family nuts but I it’s what I needed to do to get a full breath. Sometimes I needed to yawn. Sometimes there was no way I could get a satisfying breath. I was diagnosed with asthma but I don’t think I really had it; I’m pretty sure I was playing up the symptoms for attention. (My mom had a tiny streak of Munchhausen by proxy and I was her mini-Munchhausen.) I saw my first adult doctor about it when I was 18 but nothing came of that visit. I started to experience terrible air hunger in my early 20s and saw a few specialists but again came away with nothing but an inhaler. It was in my late 20s that my air hunger was attributed to anxiety and I quit caffeine, which helped a bit. In my mid-30s I started taking anti-anxiety medication, which helped more.

During the decades of that totally riveting History of Me Breathing I just made you sit through, I was doing it wrong.

From the time my brother and I would play army drill sergeant and yell at each other to “suck in your gut, soldier!!” through my becoming a vain chubby girl to my ultimate blossoming into a vain chubby woman, I was relying almost exclusively on apical breathing. Check yourself cause you might be, too.

Apical breathing “is a tense pattern of breathing in which the diaphragm muscle is used less, while the neck and shoulder muscles are primarily relied on for respiration. Apical breathing recruits the upper trapezius, levator scapula, scalenes and sternocleidomastoid muscles for every breath taken.” These ancillary breathing muscles are only intended to be used in case of respiratory emergency when the diaphragm can’t keep up and requires backup. Using them as your primary breathing muscles has consequences.

One consequence of apical breathing is reduced oxygen intake, according to the Institute for Integrated Healthcare. As you know from this blog, cancer itself can only thrive in poorly oxygenated environments which is why standby treatments like chemo, radiation, and Vitamin C injections are all oxidative.

Another consequence is shortened neck and shoulder muscles. “These tightened muscles can lead to temple headaches, upper back, neck and shoulder pain, and the emotional state of carrying the world’s stresses upon one’s shoulders.” Hmm. Maybe it’s not total coincidence that two of my biggest lymph node tumors were hiding out among the knotted cords of these calcified muscles.

Everyone’s emotionally constipated, unless you’re a sociopath or still in diapers. The price of maturity is that you repress much of your Genuine Self, and end up with a comfort zone that is suffocatingly narrow, respiratory dysfunction, and upper body pain.”

In Hong Kong, the technicians who take my chest x-rays or load me into the MRI machine are always screaming at me to “Relax! Relax!!” (Usually while their colleague is yelling at me to hold still.) I’ve accepted this as part of the charm of Hong Kong medicine and try to explain that “my shoulders are just like this.” They always have been. I save a fortune on shoulder pads.

But now I wonder, are my shoulders really just like this? After my daily yoga practice cracked through the first carbonite layer of rigidity, I started to experience a sour kind of pain when I stretched my neck and took a deep breath. For weeks it felt like battery acid was flooding my muscles but I think it was just extreme tightness or a freak out over blood and oxygen going where blood and oxygen haven’t gone in a long time.

Earlier this year I became committed to consciously using my diaphragm for every breath, rocking my Buddha belly and collecting compliments on my pregnancy. That action alone has changed my mental state and helped to reduce my anxiety and the metaphorical weight I carry. Over time I’ve also noticed a relaxing and microscopic lengthening of my neck and shoulder muscles.

Click here to read more about my experience with the Wim Hof Method for cancer.

* Brad will want me to note here that part of my treatment for air hunger was him constantly nagging me to practice diaphragmatic breathing. Let the permanent Internet record show that he was right.

The Importance of Intention: In healing and everything...

Lovely article as usual. I have experienced similar issues with air hunger for years. I think on top of breathing wrong, I actually hold my breath when I’m tense. I’ve been trying to be more aware of my breathing and this article was another great reminder to do it correctly!

Thank you so much, Teresa! I’m so sorry you’ve had the same issue because it really is awful. At the same time, it’s wonderful to hear from someone who understands! I honestly cannot believe what a 180 I’ve been able to do these last 6 months and what a difference it’s made in my life!

Hi Maggie,
I recently stumbled over your blog and I’ve found the articles really interesting and helpful. I’m currently going through brain tumor treatment myself. It’s also funny that everytime I start researching a new topic for healing I find an article on your blog about the same topic.

I have also been wondering whether the Wim Hof method might be beneficial for brain cancer. Have you found any research / experience reports on this? According to the Warburg effect cancer cells still ferment even in the presence of 100% oxygen. But maybe it helps to stop the spreading.

Hi Enrico! I’m so sorry for what you’re going through but thrilled to meet you and to have another partner in this crazy journey.

I admit that I haven’t done the research on breathing techniques and tumor advancement but I agree, it sounds incredibly promising. There’s one breathing exercise I’ve been doing with my trainer that enables me to get so much oxygen I can comfortably hold my breath for over 4 minutes, which would be unimaginable if I weren’t laying there looking at the clock myself. I’m not sure if it’s part of the Wim Hof technique by I’ll ask during class tonight.

Do you live in an area with a Wim Hof method courses? May be worth checking one out if you have the energy.

Sending thoughts of light and healing your way!

Hi Enrico! After last night’s breathing class I do, without having done the research, personally think the Wim Hof method can be helpful for our brain tumors. There was a demonstration of how our focus and breathing were able to achieve tiny, physical changes in our own bodies and then the story of how Wim was able to direct blood to his left kidney while it was failing during the Guinness attempt. Definitely worth further research but for me it will be in the form of actual practice 🙂

Thank you for your efforts Maggie! I might add the breathing techniques. Will do some more research on this though as I’ve found myself almost passing out during Wim Hof method a few years ago. Wishing you all the best!

This is beautifully written and so informative! It completely makes sense and yet so many of us are shallow breathers and don’t get the full benefit of oxygen. I learned to be mindful of my breathing from doing yoga regularly but I could use some improvement. Keep up the great work!

Dude! You know! I’m grateful to cancer for a lot of things but bringing me to yoga might be the biggest. I wish I’d learned earlier but I’m so happy to have it in my life now!