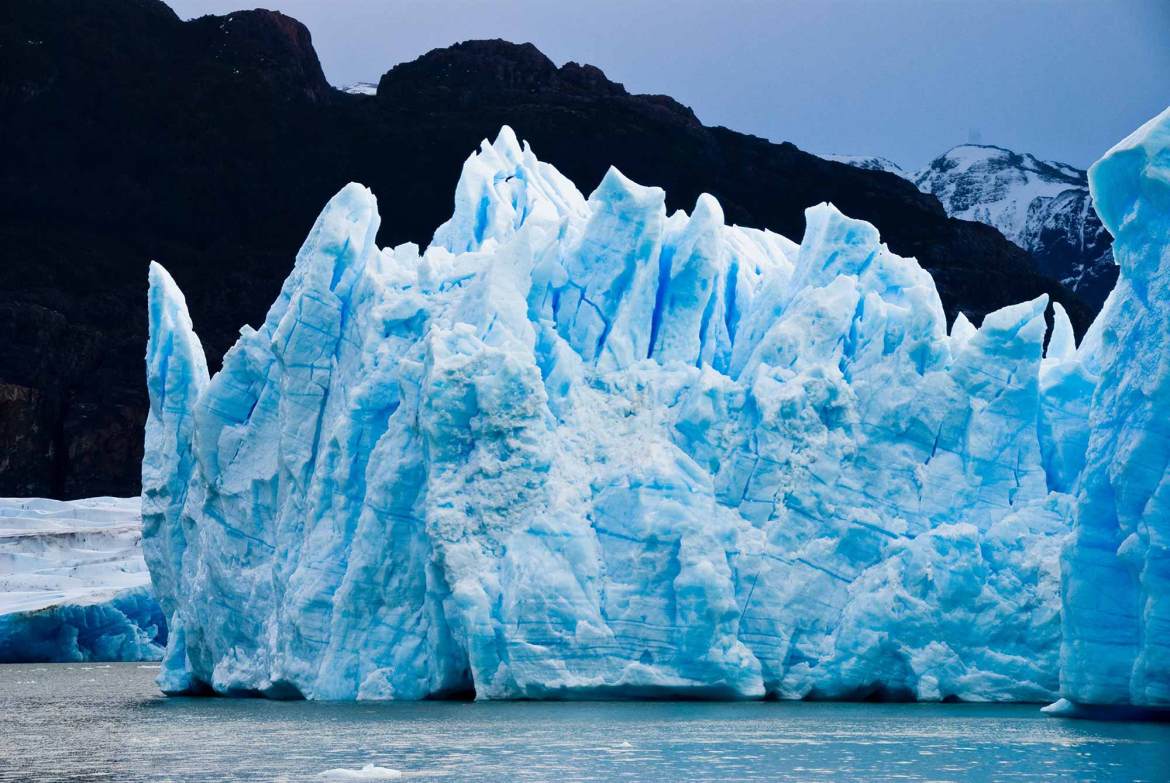 I’ve been surprised by the number of people who find this site searching for information on the Wim Hof Method for cancer. It’s not as crazy as it sounds. I, also, researched these breathing techniques after I was diagnosed. While there is no hard evidence supporting this method specifically for cancer, I decided to take some breathing classes from a Hof-trained instructor.

What is the Wim Hof Method?

Wim Hof, known to some as “the Iceman,” is a Dutch athlete best known for his ability to withstand extreme cold. While he initially gained fame through extreme feats of cold endurance, he now seems more focused on research and science to document his abilities, understand the mechanisms behind them, and teach them to others.

The breathing technique was what intrigued me most. As someone with lung cancer who realized within months of diagnosis that I’d been breathing wrong my whole life, I was eager to learn everything I could about breathing.

Today, I know my breath is the most powerful tool I have for modulating my autonomic nervous system, balancing between the sympathetic (fight-flight-freeze) and parasympathetic (rest-digest-heal) response.

I was originally interested in the Wim Hof Method after coming across a 2014 controlled study published in the Proceedings of the National Academy of Sciences, demonstrating that people trained in the Wim Hof Method were able to control their immune systems, a feat not previously believed possible. In the study, 24 healthy people were injected with e. coli. The twelve who had trained in the Hof method had a significantly more mild reaction than the other volunteers.

I had also heard an anecdotal report that I can’t verify in any way that, during one of his feats, Hof’s right kidney began to fail from the cold but that he was able to direct additional blood flow to that kidney and endure for another hour. Again, even after searching the internet I can’t find any substantiation for that story. I did find a 2018 case study published in NeuroImage attesting to Hof’s ability to control his autonomic nervous system based on fMRI and PET-CT imaging.

The ability to gain better control over my body — especially my immune system — was intriguing to me.

At the same time, I had been reading the growing research on the benefits of Hyperbaric Oxygen Therapy (HBOT) combined with ketosis for treating cancer. I didn’t have access to HBOT in Hong Kong but I knew that the Wim Hof Method of breathing helps achieve similar cellular oxygenation as HBOT.

I was less excited by the cold showers and icebath plunges that are part of the Wim Hof Method. I constantly hear that cold exposure can strengthen the immune system but all the published research I read shows that extended cold actually suppresses immunity and reduces the number of cancer-killing NK immune cells. The best research I can find in support of cold showers for good health from the Netherlands is fairly inconclusive. Alternating heat and cold, however — a shock of cold sandwiched between heating — can stimulate immunity.

Finally, I was already convinced of the healing benefits of meditation, the third pillar of the Method, so I could see the potential for Wim Hof Method to improve cancer outcomes with that technique.

My experience with the Wim Hof Method for cancer

I’ve never taken the actual Wim Hof course although my breathing instructor did offer them. During our time in Hong Kong those courses always managed to coincide with times we were out of town and then, when we finally had a date on the calendar, coronavirus was threatening Hong Kong and the course was cancelled.

I’m all the more grateful that I was able to take advantage of the small group instruction that included Wim Hof breathing.

A usual class was 4-5 people, including me, seated before our instructor. We’d begin with calming breath exercises to help activate the parasympathetic nervous system. This is the part of the autonomic nervous system that needs to be engaged to focus the body’s resources on tasks like digestion and body repair. This is where I wanted my body to be in order to heal from cancer.

I personally believe that the main driver of my cancer was chronic stress. The inflamed, oxygen-starved environment created by stress is exactly the environment in which cancer thrives. While there were many other contributors: heavy drinking, other toxin exposure, and repressed emotions, my inability to deal with stress was at the root of them all. Chronic stress means that the sympathetic nervous system is always engaged. Deep breathing and box breathing sends signals the body that it’s okay to relax and begin recovery.

During the last half of class, the instructor would lead us in Wim Hof breathing. While we laid on our backs, he’d coach us to breath more deeply and constantly without pause. It wouldn’t take long before my head began to buzz and body tingle from hyperventilation. Two revelations I had:

After about 3 minutes of hyperventilating in this way, we would hold our breath as long as we could. Towards later classes I was able to hold my breath over three minutes which is something I never would have believed possible.

As I mentioned, my goal during healing was to spend as much time as possible enjoying the healing benefits of the parasympathetic nervous system. Since it was so obvious to me that Wim Hof breathing activated the fight-flight-freeze sympathetic nervous system, I decided it wasn’t right for my immediate healing. This attitude seems supported by the e. coli study referenced above where those trained in the Wim Hof Method had a less pronounced immune response to e. coli bacteria. That was great that their immune systems didn’t overreact but, at the time, I actually needed my immune system at full force.

I also never fully warmed to daily cold showers but absolutely loved alternating icy showers with trips to the sauna. I would sit in the sauna until I couldn’t take it anymore, turn on the cold water for 10 deep breaths or so, then run back to the sauna. I found this made me feel great and the research seems to support it’s ability to build immune function. I really miss having a sauna.

The final pillar of the Wim Hof Method, meditation, is of course something I value deeply for healing. It was while taking these breathing classes that I deepened my practice and embarked on the 10-day Vipassana course.

Overall, even though the breathing and cold weren’t right for me during my acute healing, I see the value for building up a stronger immune system and mind-body connection over time. Now that my goal is to prevent remission, I can see a place for these techniques in my routine.

Having read over a reasonable number of your posts, particularly in areas where you have no experience or education and yet can judgmentally call them woo-woo or call Win Hoff a “weirdo” and other pejorative labels about the power of visualization, for instance. Why speak like that at all simply because these things are not familiar to you – why be so judgmental. IMO it undermines everything you say here – you are either open to and not disrespectful of alternative healing methods or you are not. And clearly you are not or you wouldn’t jump to prejudicial conclusions and even resort to pejorative labels. Deal with the facts and stop ‘name-calling’.

Thank you so much for this comment! My husband actually called me out on the “loveable weirdo” line and I argued that it showed my affection. You’ve helped me understand that my affection didn’t translate and I am not cute. I’m so sorry if I’ve ever given any indication that I hold Wim Hoff in anything but the highest regard or am anything but deeply grateful that I’ve been able to experience his teachings. I’ll make an update immediately in the hopes of better communicating my fondness.

Thank you again for your honesty and time!

Dear Maggie,
I must say that I’ve been doing some of the breathing technique last year and felt great after each little session (self taught from the app). Just over a month ago they found skin cancer and I’ve two operations on my face in the past month. I’m sat here now three days after the major one and having lymph nodes removed. I’ve gone back to the breathing technique while stuck in bed and must say it makes me feel amazing after just five minutes. I could feel the tingling in my surgery scar. I’m not in a place to say it has or will cure cancer but if it makes one person feel better or improves someone’s life who has such a horrible disease then I’m all for it. I will continue to do the breathing as at least it helps me to focus on my body and mind. It is also great if you want to clear your mind and who doesn’t in these crazy times. I’ve got no problem with your comments because it’s your opinion and too many people are put down for giving an opinion either way. Life is too short to be fighting each other… god bless you and stay strong sister.

Absolutely! Thank you so much for sharing your experience. I really hate if this article gives anyone the impression I don’t love Wim Hof’s techniques. I meditate for almost 2 hours a day and take cold showers as often as I can manage. I just can’t personally tolerate the breathing exercises but that doesn’t mean they’re not incredibly valuable for some. Similarly, I’m relating the results of the one peer-reviewed published study featuring the techniques which showed they could suppress the innate immune system. This is absolutely remarkable, just not something that is helpful to me. I’ll need to revise soon to try to better communicate how amazing these techniques are… even though I can’t pretend I have evidence that they cure cancer =D