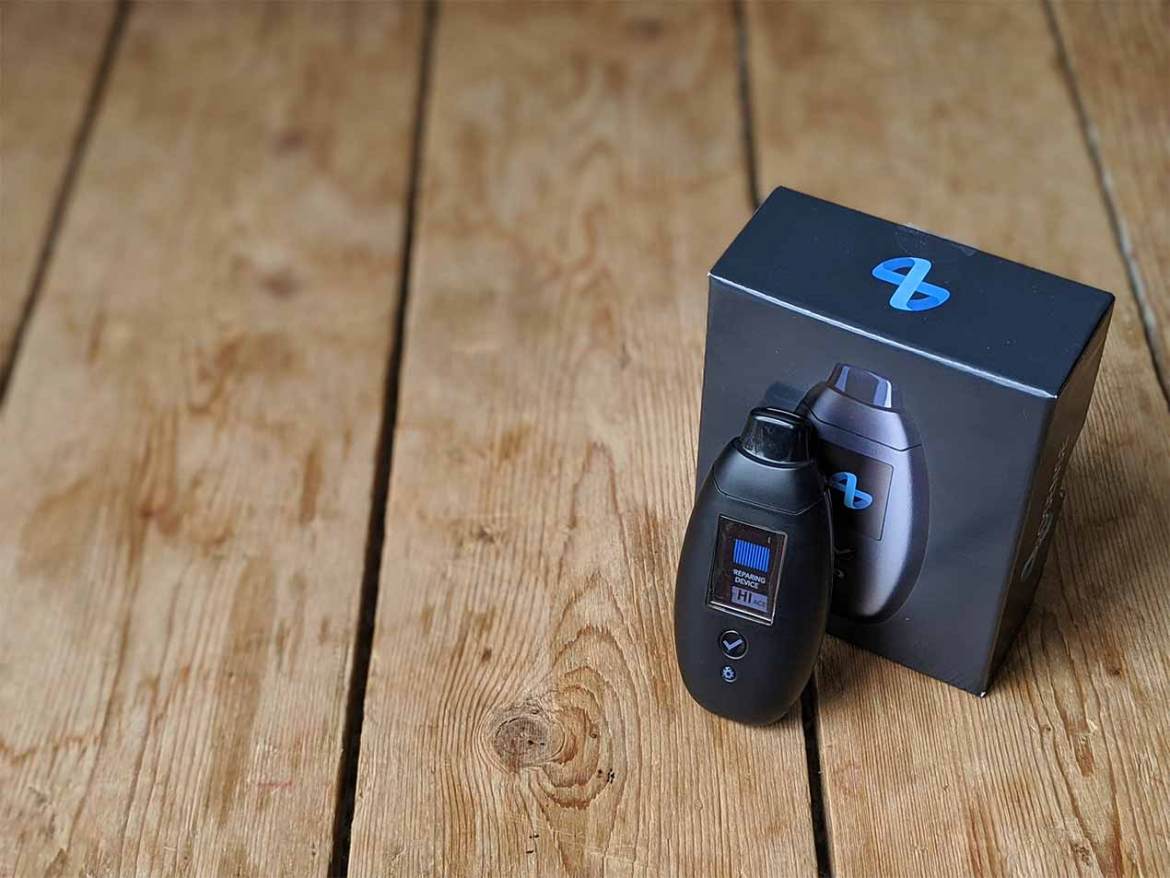 Why I’m switching to the Biosense breath ketone monitor

I’ve been pretty dedicated to my Keto Mojo for the past 14 months. I originally chose it because it tests both glucose and ketones using one device. Even though the glucose strips were a little more expensive than some glucose-only devices ($.50 vs $.30), the ketone strips were significantly less expensive ($1.00 vs up to $2.00 for other brands). This meant that, after the costs of buying the meter, each GKI test cost me $1.50. No cheap but nothing about cancer was cheap.

I wasn’t expected to survive a year so I wasn’t sure how many strips I’d need, anyway.

I didn’t even mind the daily (or more) needle prick. After the indignities of cancer, a little needle prick is nothing. On days I was tracing my full GKI curve, I would prick myself up to eight times a day, no problem.

Strips were a hassle but I was used to juggling crazy logistics for medical supplies. I couldn’t get strips where I lived in Hong Kong so would order them to be delivered to a friend’s house in the US and pick them up when I traveled there for doctor’s appointments.

I carried my testing device, lancet charger, spare lancets, and two kinds of strips with me everywhere.

Well, a year and a half later I realize that this keto life is a permanent lifestyle – hopefully for a very long time.

Which means my current rate of 500 GKI tests a year ($750 in keto mojo strips a year) is not sustainable.

While Brad and I were at the Metabolic Health Summit this year, I had a chance to try the new breath monitor on the market. After hearing it endorsed by both Dom D’Agostino and Miriam Kalamian, two people with more metabolic knowledge than just about anyone I know, I had to try it myself. I showed up at the booth the next morning with my keto mojo so I could do a side-by-side comparison test.

My keto mojo showed my ketone levels were 1.6 mmol/L. I know, not my best numbers but I was having fun on my LA vacation. My Biosense results were 14 – the equivalent of 1.4 mmol/L and at first I was a little insulted. Like, “no way dude, your device ain’t right.” Then he dropped the clinical research that actually, my keto mojo wasn’t right.

I knew that blood glucose monitors, which test capillary blood, only had to be accurate within 20% of your actual venous blood glucose. In fact, I’d put my keto mojo blood meter to the test during one of my monthly blood draws and confirmed that, for glucose at least, it was over 10% off. (I ended up buying a second glucose meter just to double check future results.)

It turns out that blood ketone meters have the same 20% allowance. And my meter had been overestimating.

While traditionally breath meters have been notoriously inaccurate, the Biosense developed new technology to become the first truly accurate breath meter on the market — and commissioned the clinical studies to validate the claim.

The Biosense samples the air in the very bottom of your breath (the reason it takes me a few seconds to blow into it in the video). This air and their collection technology mean the sample is most reflective of your current venous blood content. The meter then displays the results using a number that is comparable to the mmol/L number given by blood meters and traditionally used to calculate GKI.

After trying the meter and reading how accurate it was, I wanted one. I had dreams of being able to test every hour without having to juggle all the equipment and stabbing.

But it was so hard to justify $300 when I have a perfectly fine keto mojo and and 200 strips from my last trip to the states.

Until I actually ran the numbers:

The price of the Biosense is the cost of 300 ketone test strips on my keto mojo. If I think I’m going to test more than 300 times ever, the Biosense is cheaper. The truth is, if I had unlimited tests with no stabbing required, I would test 300 times a month.

Also, in my personal situation, the cost of my glucose tests would be reduced by $0.20 a strip. Or better, I could combine it with my FreestyleLibre continuous glucose monitor for near real-time, continuous GKI. Holy smokes, what a dream for this data nerd!

Obviously, I had to make the change. The benefits of the Biosense over a blood meter are too many:

I was so convinced of my decision that I reached out to the Biosense team to ask them to become an Ambassador for their product. After getting to know the team I learned that the company was founded in response to the owner’s wife’s own cancer journey. I’m so excited that we share the same mission: saving lives with metabolic therapies.

I cannot wait to get my hands on the device!

I’ll report back soon on whether my very high expectations are met.

As an ambassador, I’ll make a small commission on each sale and can also offer my readers $20 off using this link. You won’t see the discount until you’re checking out but it’s there.

Please keep us posted!! I’ve been using my Biosense for about 3 days and I’m looking to connect with people using the same. Thanks for all you do!

Awesome!! As soon as mine arrives I’m planning to pair it with my freestyle libre continuous glucose monitor and live my data nerd dreams of near-real-time GKI updates! I’ll post the results here, on Instagram and will send the in my newsletter. You won’t be able to avoid updates I’d love to know what you think of yours!

Hi Derek! After using it for a month I posted my impressions here https://cancerv.me/2020/06/24/the-best-ketone-monitor-keto-mojo-blood-meter-or-biosense-breath-sensor/ Ultimately, I like having it for casual testing when I know I’m not in deep ketosis but I stick with my Keto Mojo when I need to be serious about medical ketosis.

Does the screen on your device fog up when taking measurements? Mine does and it feels like it should do that..

Hi Sam,
No, I haven’t had an issue with the screen fogging up after using it for about 4 months now. I’m sure it’s not supposed to do that – it might be worth contacting the Biosense people about it.
Good luck!

How do you pair it with your Freestyle Libre? Manually through a spreadsheet, or is there some other way. I’m diabetic and have had cancer twice so I’m still trying to decide between the Biosense and the KetoMojo. Any recommendation based on my particular situation?

Thanks,
Vicky from Texas

Hi Vicky!
You’re exactly right that I had to manually track GKI in a spreadsheet when using the Freestyle Libre and Biosense. Biosense will integrate with Cronometer but there’s no CGM integration yet. Or with Google Fit.
I have a comparison of Keto Mojo to Biosense here https://cancerv.me/2020/06/24/the-best-ketone-monitor-keto-mojo-blood-meter-or-biosense-breath-sensor/
Personally, if I could only have one device I would take the KetoMojo. I don’t mind the finger prick as much and, for me, it’s worth it to get faster, more reliable results. I use KetoMojo daily and just check in with Biosense now and then.
It sounds like you’re on an incredible healing journey. All my love to you!

How do you pair it with your Freestyle Libre? Manually through a spreadsheet, or is there some other way. I’m diabetic and have had cancer twice so I’m still trying to decide between the Biosense and the KetoMojo. Any recommendation based on my particular situation?

Thanks,
Vicky from Texas

Thanks for the quick reply Maggie. Finger prick doesn’t bother me…just ironic that I just got my Libre sensor and will be trading diabetic finger prick for a Keto Mojo finger prick. I’m sure it will be well worth it. My diabetes control is already light years better since I got the Libre monitor 2 1/2 months ago. Have already lost 21 lbs and brought my A1C from 7.8 down to around 6.0 (daily average of around 118 mg/dL) but after reading your blog (particularly with my cancer history…breast and uterine), I think it so important to be on the proper metabolic plan! All love and light to your journey as well.

Thanks for the quick reply Maggie. Finger prick doesn’t bother me…ironic that I just got my Libre sensor and will be trading diabetic finger prick for a Keto Mojo finger prick. I’m sure it will be well worth it. My diabetes control is already light years ahead since I got the Libre monitor 2 1/2 months ago. Have already lost 21 lbs and brought my A1C from 7.8 down to around 6.0 (daily average of around 118 mg/dL over the past 30 days) but after reading your blog (particularly with my cancer history…breast and uterine), I think it so important to be on the proper metabolic plan! All love and light to your journey.