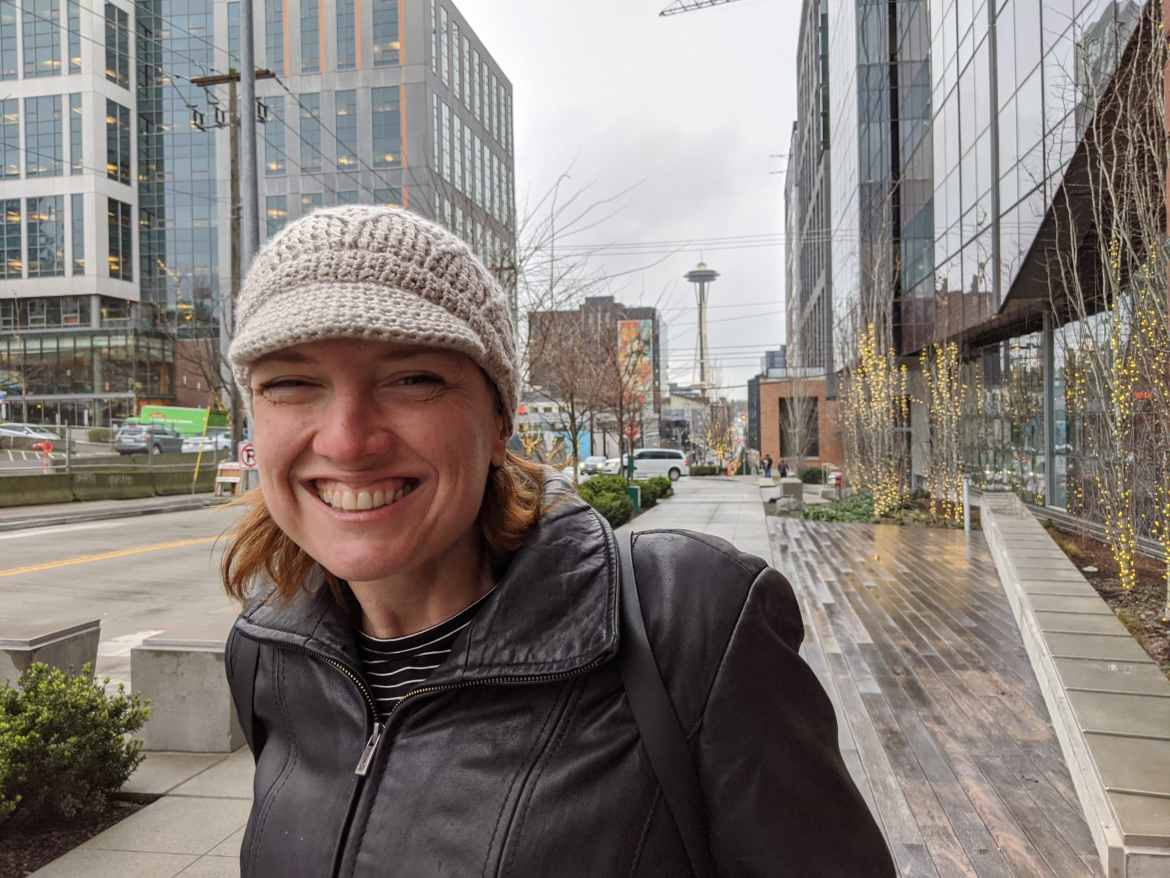 Previously on… Maggie had been declared “No Evidence of Disease” in Hong Kong based on the findings of October scans and blood test results. She sought a second opinion to get clarity from Seattle Cancer Care Alliance (as her new insurance no longer covers the Mayo Clinic). SCCA found her with “No Active Disease” in the body but new activity in the brain that they suspected was a new tumor and leptomeningeal disease. While doctors were clamoring for her to come in to discuss additional diagnostics and treatment options, she left for the holidays and to mediate on the beach in Thailand.

Brad and I were in LA for the Metabolic Health Summit (which was AHMAZING!!) We originally planned for him to fly home to Hong Kong for school while I continued to Seattle for a follow up on my brain situation. In a wild overabundance of caution amid coronavirus concerns, American Airlines cancelled his flight and HKU cancelled his classes. This means he was able to join me in Seattle. Yay!

We saw three doctors between the Seattle Cancer Care Alliance and University of Washington Medical Center Brain Tumor Center, a neuro-oncologist, a radiation oncologist and the lung cancer specialist who leads my team in Seattle. The general consensus is probably either radiation necrosis or leptomeningeal disease.

Yeah, we don’t know. Based on the evidence that was presented by the very well-prepared and thorough neuro-oncologist, the lack of evidence presented by the condescending and offensive radiation oncologist, and the latest research on SRS + TKIs, I’m inclined to think radiation necrosis. While this isn’t exactly awesome, either, it would make me happy to know that the cancer hasn’t advanced; that everything I’ve been doing has paid off. Also, I feel somewhat more in control of radiation necrosis. Neuro-plasticity is a thing, after all. Back to the meditation hall!

I passed the neurological exams and don’t have any symptoms that can’t be attributed to lorlatinib so for now everyone agrees that I can watch and wait.

I have an MRI of brain and spine scheduled for 20 Feb. My flight home was cancelled by American, too, but we were able to rebook both flights on Cathay next week. For now, we’re really enjoying the extra time in Seattle. Brad’s sister is letting us use her cozy condo in Queen Anne and we’re spending our days working at a coffee shop and evenings snuggling in front of the fire. My brother and his family live nearby so we get to spend more time with them. And, of course, organic food and healing modalities are so easy to find in Seattle. Everything keeps aligning for me!

Seattle: I’ve spent a lot of time there. Dated a guy there 20 years ago, and a college best friend lives in Spokane who I visit every few years. You look adorable. Love your squinty smiley eyes. The best kind!

Haha! Thank you so so much! One of the side effects of lorlatinib is perioribital swelling so I’m rocking the beady eye look best I can. xoxo

You’re an inspiration Maggie. And as for radiation therapist, you played it well. Great to see someone love their job so much, and a job that has an immediate impact on people’s emotions. Grab a salmon and smack him around the head

Now this is some good advice!! =D

Your support means so much! Thank you!!

Please keep us update Maggie. We love following your journey and reading your beautifully crafted words.

Yes yes!! I desperately need to post some info from the conference. Worst case I’ll have the results of the latest scans Friday and share over the weekend.

I want all the good Seattle food recommendations soon! I hope you enjoy the rest of your time there before your trip back home.

Are you heading up there soon? Spring is my favorite time of year up there.

Wholefoods and Chez Jones are my favorite places to eat but we’ve had really good organic vegan keto meals at Bounty Kitchen and HeartBeat Cafe (both fast casual). From back in the old life, I’d recommend Chinooks (great seafood), BlueAcre seafood seafood (great oysters and seafood) , Roy’s (beautiful water views and , you guessed it, seafood), Maggie Bluffs (I have’t been there but Brad loves it and it has a great name and allegedly great views). Strong recommendation for Dahlia Lounge and Miller’s Guild. I’ve actually hit Miller’s Guild three times in the last 2 months to cheat my diet with their fried Brussels sprouts. I’m 4 days into a water fast right now and this comment may have convinced me it’s time to break fast =D