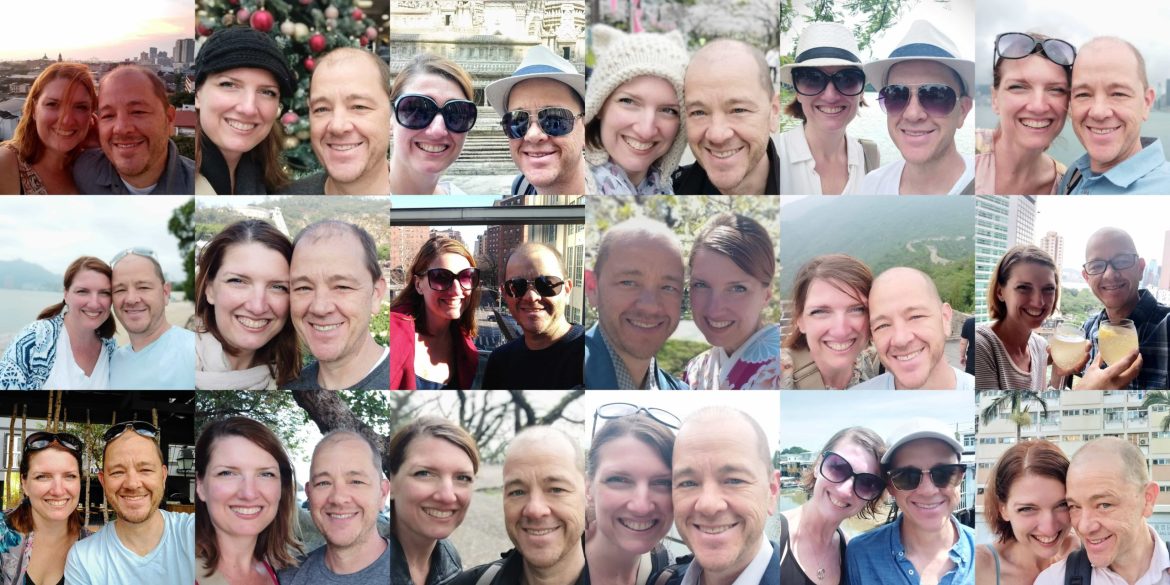 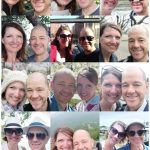 I’ve never been into birthdays but this one is kind of a big deal.

I posted already about what a crazy year we’ve had. Here’s the photographic evidence of some of the change we’ve experienced. While the physical changes are the most obvious, there’s a whole lot of mental and spiritual healing going on in there, too.

I think it’s important to note that with “standard treatment” this progression would have been much different: the physical changes would have been loss of my hair, and baggier, sadder eyes; the only setting would have been the US. The series would have ended somewhere April to June – maybe July since I’m young and a fighter.

Instead this has been one of the most incredible years of my life. Brad and I have grown closer, kinder to each other and others. We’ve seen more of the world than we ever thought we would. We’re stronger and more flexible in both our minds and bodies.

I know! Two months in a row in Hong Kong. WTF, right?

Toxicity and Cancer Treatment: What I just learned from a burp

I love the matching hats!

Doing our part to spread the perception of Americans as douchebags as far and wide as possible. And not identical – Brad’s is fancy, mine was bargained off a Thai tourist shop.

Hugs, hugs, hugs! Happy Birthday and have fun in Bali. Come and visit us!

Thank you!! We definitely need to hit Florida in our next large-scale US tour. =D