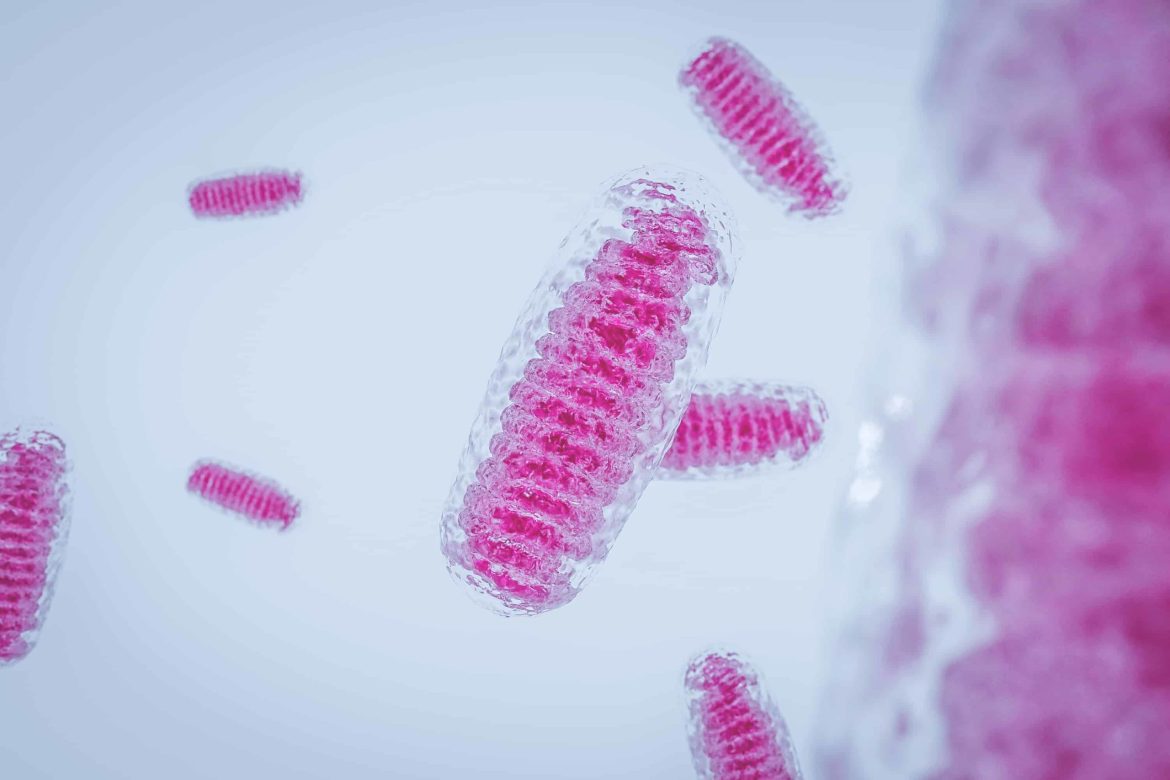 I subscribe to the metabolic theory of cancer. Given all my talk about fasting, OxPhos and keto on this blog, this is not a secret, but let me officially say it here.

The theory was originated by nobel-prize-winner Otto Warburg in the 1930s and was recently restored to prominence by Dr. Thomas Seyfried of Boston College and a handful of his peers.

Warburg discovered that cancer cells, unlike healthy cells, rely on glucose fermentation for energy even when more efficient energy sources are available. This is a universally accepted hallmark of cancer and the reason why PET scans work. Nevertheless, this route of research was abandoned when Watson and Crick unlocked the secrets of DNA. Since then, research has been dedicated almost exclusively to understanding the nuclear genetics of cancer. In 2015 the US and partners completed the Cancer Genome Atlas and successfully completed the sequencing of 10,000 tumors. The project turned up over 10 million genetic mutations in the tumors but no answers regarding the mystery of cancer.

There is no doubt that the nuclear genetic component of cancer is important – targeting mutations is what led to crizotinib and lorlatinib, targeted therapies that have saved my life. However, there are unknown millions of potential mutations. Each person – nay, each tumor – contains hundreds of differently mutated cells and those cancer cells continue to mutate. This is why I developed resistance to crizotinib in 4 months and will eventually develop resistance to lorlatinib.

We can continue to invest in the whack-a-mole game of identifying oncogenes and developing targeted therapies but this will never result in broadly available cancer treatment. For example, my ROS1+ mutation is only found in about 1% of adenocarcinoma non-small cell lung cancers. My treatment is only effective in about 50% of people who take it, costs $20,000 a month and is effective for a year on average. This is not an efficient or sustainable way to treat cancer and will never result in a “cure.” Instead this line of investment results in dizzying complexity even as it drives huge profits.

In just the past 5 years, however, there’s been a change in the cancer treatment paradigm as support and evidence for the metabolic theory grows. There is striking evidence that these countless genetic mutations are all caused by damage to cellular metabolism. Whether that damage is rooted in viral (e.g., HPV), bacterial (e.g., H pylori), or environmental causes (e.g., chemicals, smoking, high sugar diets) they can all be tied to the damage caused to mitochondrial respiration.

Long before my diagnosis I read the 2016 New York Times Magazine piece on Metformin, the common diabetes drug used to lower blood sugar, being used for cancer treatment and prevention. Little did I know at the time that the researcher quoted in the article, Dr. Thomas Seyfried, had already developed the diet I’d use to help prolong my life years later.

Seyfried’s book, Cancer as a Metabolic Disease, is used as a textbook in some medical schools and unfortunately has a textbook price tag. Much of its content is summarized for the layman and wrapped in an engaging narrative in Tripping Over the Truth by Travis Christofferson. It’s an excellent read that I, like Seyfried, highly recommend.

As research continues to demonstrate the metabolic basis of cancer, I believe that not only will prevention become easier, there just may be better treatment options for folks like me if I can hang around long enough.

The mitochondrial dysfunction of cancer cells results in their dependency on both glucose and glutamine to generate energy. Most of the glucose in our bodies comes from the carbohydrates we eat although it is possible for the liver to generate glucose from protein. Glutamine is a non-essential amino acid which means it’s made by the body and doesn’t have to come from diet. It’s also the most abundant amino acid in the body.

Unlike cancer cells, healthy cells have more options for getting their energy including “ketone bodies” or “ketones,” which we generate when there’s no readily available glucose. Interestingly enough, ketones also protect cells from the negative effects of oxidation. This is why fasting before oxidative therapies like chemo and radiation will reduce or prevent side effects – your body has lots of ketones floating around protecting healthy cells.

In 2017 Seyfried and others published a paper on “Press-pulse: a novel therapeutic strategy for the metabolic management of cancer.”

This approach to treatment makes tremendous sense to me. I’ve already been doing the cancer “press” – I need to pulse. The biggest open question from my perspective is that of the best cadence or schedule for pulses: weekly, monthly, etc…

No Diet is a Cure for Cancer

No diet can cure cancer. This is a fact.

I can control the glucose coming into my body, nudge down those blood sugar points a bit with supplements and meditation, and take as many supplemental ketones as I can afford but this will only slow progression. In order to really prolong my life I need “pulses” that work. I need to find ways to block cancer’s non-glucose metabolic pathways and subject it to additional oxidative stress.

Jane McLelland somehow figured this all out in the 1990s without Seyfried’s research or the internet. Her book published in 2018, How to Starve Cancer, has an awful title and priceless information. In it, she incorporates the latest metabolic research including press-pulse with the approach she took to treating her stage 4 cancer 20 years ago. Her research has been guiding me in identifying all potential metabolic pathways and potential ways to block them. Not all pathways will apply to all cancer but all cancers will adapt over time to what’s thrown at them. For my cancer, I have to assume that when I block one path, it will reroute to another. I need to block all the pathways it can use.

While humans can operate just fine – in many ways better – with ketones in place of glucose, they require glutamine for survival. It’s still a good idea to avoid dietary sources of excess glutamine like meat, dairy, or beans.

I don’t know much about cancers using fatty acids for energy. Cancer does require fatty acids for building cell membranes and as signalling molecules when dividing and there’s some evidence that limiting FA availability can control proliferation.

There are a lot of common drugs above that can block multiple pathways: Metformin, statins, berberine. Some I can easily get. Berberine is a common supplement; I just turned down statins from my doctor last week. Some are harder. I’d need diabetes or a very open-minded oncologist to get a prescription for metformin. Similar for chloroquine or doxycycline, a common antimalarial and antibiotic, respectively.

Just this weekend I found Care Oncology Clinic. They’re based in the UK with offices in the US and New Zealand and provide exactly this type of medication for complementary treatment. I reached out this weekend and am hoping to hear back soon.

Given the acceleration of research and interest since the metabolic theory finally became more widely accepted, I’m sure that the investment dollars will follow soon. In the meantime, I’m more confident than ever that I’ll be able to manage my condition long enough for this next treatment paradigm to take hold.

Notes:
Results to date have been based on mouse models and one human case study. Seyfried’s mouse model, VM-M3, is recognized as the most similar to human cancer and increasingly loaned to other labs. The human case study was conducted in Turkey which some may poo-poo but it’s unbelievably difficult/ expensive to coordinate a human trial in the US. This follows US human trials showing the ketogenic diet as a complementary treatment cano extend life in glioblastoma patients – in addition to countless anecdotal reports. The latter don’t count as “evidence” because they weren’t coordinated by an appropriate authority.

So thorough and in-depth! And it’s working for you! All our love,
Dave & Lupe

So far so amazing! Love to you both!

Hey again! Great read! As I emailed you back in October, they do hyperbaric treatments out of Yanhee hospital here in Bangkok for only 36 dollars an hour (two hours is always used since it takes awhile to go in and come out. The price goes down if you buy s package deal. The hospital has too many hbot machines due to being known as a plastic surgery hospital. So, they just want to get them used. Anyway, I also watched a presentation by a doctor out of Israel who spoke about one of the big befefits of using hbot isn’t just about the liquidization of oxygen into the blood (so that it can penetrate everything), but the big deal about hbot is the side effect of trickery that it does to the cells. After an hour of being on at 1.3-2.0 psi, the cells get used to that level of O2, so when you begin to lower the O2 back to normal, the cells freak out as they think they aren’t getting enough O2. This causes an artificial form of o2 starvation … Trickery. When that happens, stem cells are released from the bone marrow. Boom! Healing (depending on the issue). There are also breathing meditation tricks that achieve the same thing, but I still think hbot is the best because of the power of the O2. I love you Maggie! I’ll see your dad in a week or so. Keep your dukes up and fight that fight! Also, stay away from the protests! 😉

This is awesome info! I’ve been thinking hard about Yanhee the past couple weeks but but don’t think I can swing it with work. It sucks because there’s literally no place in Hong Kong. I’ll have to wait for the holidays but I’m so grateful to you to actually know the option exists.

So much love to you – have fun on the west coast!!

Thanks! So great to hear from you!