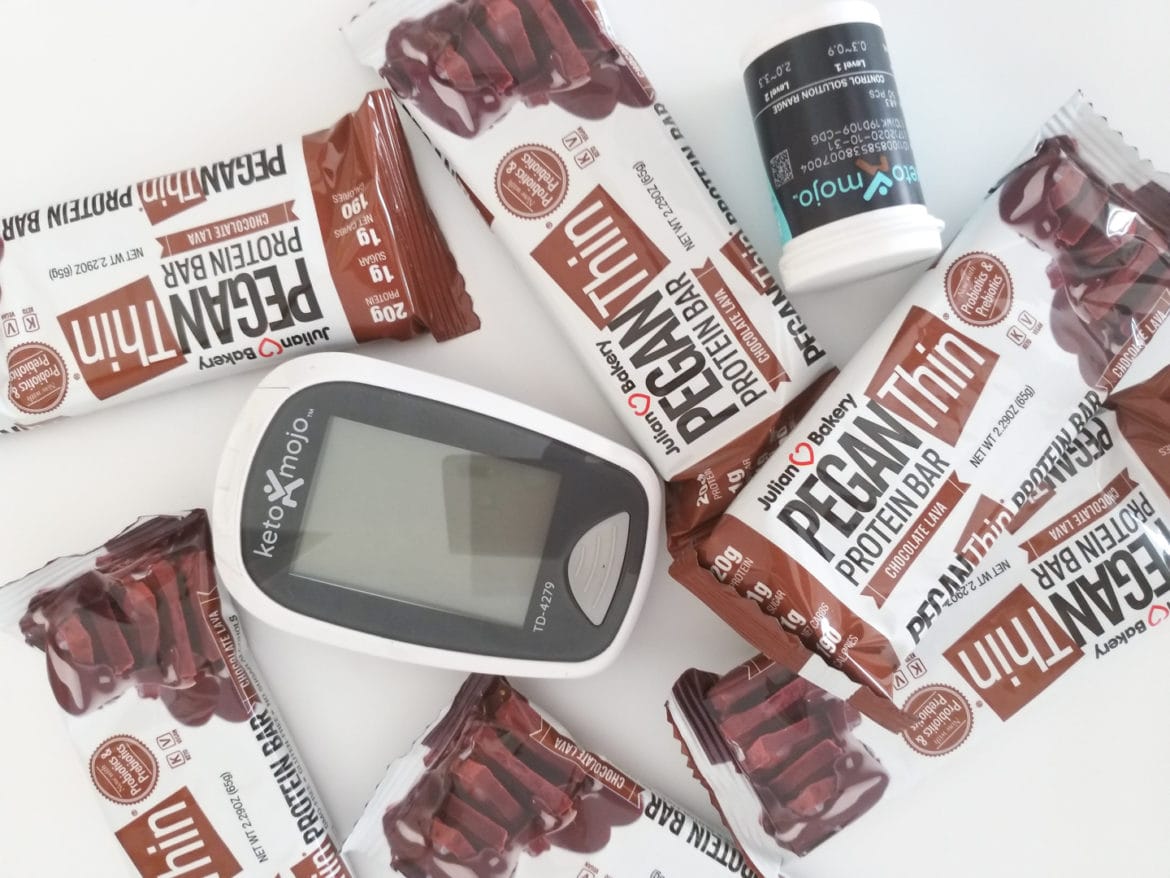 I’ve been measuring my blood glucose and ketones for almost 8 months now. In the beginning, I was religious about measuring every morning and evening. I’ve also gone through periods where I’m so confident in what I’m eating that I’ll only measure every other day to confirm I’m on track. Occasionally, I like to test every few hours throughout the day to understand my personal metabolic rhythms.

I’ve definitely gotten a feel for those rhythms and how different foods and activities impact me. I was surprised, for example, when I confirmed that yoga raises my GKI by lowering my ketones – presumably because they’re being used as fuel. Conflict with Brad or stress at work raises my blood sugar without fail.

I’ve learned, too, that I can go much higher than the 20 grams net carbs per day that is keto doctrine as long as those carbs come from whole, unprocessed foods. Artificial sweeteners and sugar alcohols, though technically 0 net carb, will spike my GKI.

I know these things and yet, working full time, getting this blog off the ground on the side, and still trying to prioritize my health and wellness above all else creates a major time conflict that keeps me on the lookout for shortcuts… and, admittedly, treats.

And so it is that I started eyeing these Pegan bars.

Now, I know the difference between what I should eat and what I can eat and these are definitely on the “can eat” but not necessarily “should eat” list.

The ingredients for the Pegan Thin Chocolate Lava flavor protein bar are:

Overall, I’d rate these pretty decent ingredients for processed food. In an ideal world, Julian and his bakery would eschew the extract favor and source organic monk fruit and sunflower lecithin but in a really ideal world I’d go home and make myself a salad.

I’ve been wary of Julian Bakery in the past due to a 2014 FDA investigation that showed their “Zero Net Carb Bread” did not, in fact, have zero net carbs. The bread also had more calories and less fat than stated on the label. That shadiness poisoned me on the brand which is part of the reason I chose to test this bar before incorporating it into my diet more frequently. Also, points to the FDA for their proactive sting operation, excellent transparency and surprisingly decent website.

I should caveat here that this is not a review of the taste. It’s strictly about nutrition here at cancerV.me – and at Julian’s Kitchen, evidently (burn).

Baseline: My preprandial blood measures were taken at the time of day when I usually experience my highest GKI until my evening meal. Without eating, I’d expect GKI to fall over the course of the day.

All measurements were made with my trusty keto mojo [<affiliate link].

For me, the pegan bar caused a definite spike in blood sugar while ketones remained relatively flat (within 10%). As blood sugar returned to normal range, ketones also went down leading to a definite spike in GKI 1-2 hours after eating the bar. Note that I didn’t exercise or engage in other activity that might reduce my blood ketones during this time. I sat on my lazy ass for you and for science.

Middling: A good choice for many, especially vegans struggling to meet higher protein goals. Not the best choice for me given my sensitivity to protein and processing but still an option in case of emergency.

These results aren’t terrible. Honestly, it’s probably the protein and the highly processed nature of the tapioca starch that are driving up my GKI rather than any shadiness with the carbs. I think think this one is on the cusp depending on the individual. If you’ve tried them yourself let me know how they’ve impacted your ketosis. 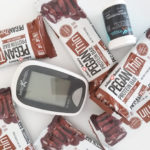 We evaluated the ingredients and tested blood sugar and ketones before and after eating a Chocolate Lava flavored Pegan Thin protein bar.