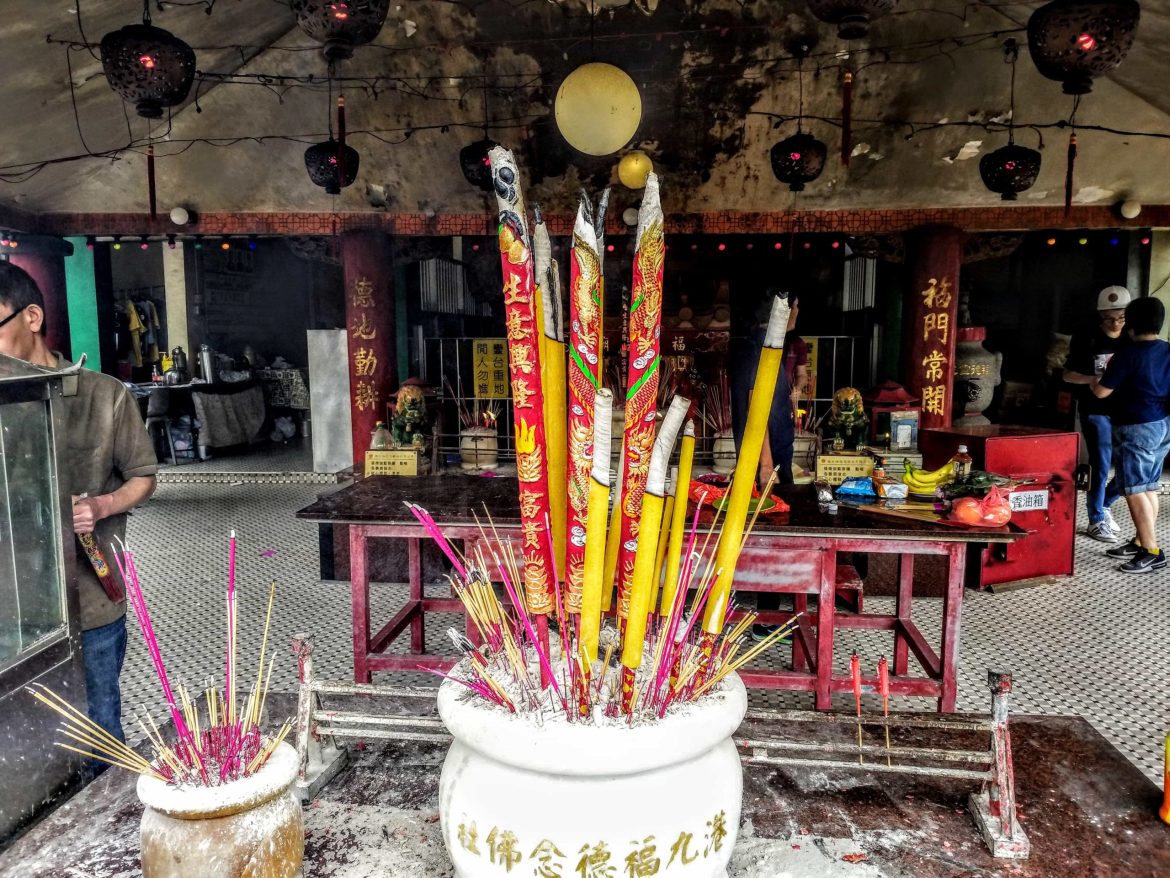 I know I’ve had cancer for longer than a year – two years at least – but today is important because it’s the anniversary of the day I found out.

Sunday, October 14 Brad all but forced me to see a doctor about a visual disturbance/ increasingly blindness I’d been experiencing. I used to get frequent optical migraines (I thought) and assumed they were just intensifying. When a little internet search time showed the symptoms resembled those of a detached retina, I shuffled off to the first hospital that staffed an ophthalmologist on Sundays. I was reluctant to see a doctor during the week since I’d just started my new job and had already taken time off for two clinic visits about a terrible cough I’d picked up on a business trip to Hangzhou.

I waited hours to see the ophthalmologist but he only needed a brief exam to schedule me for an emergency, after-hours MRI. I was surprisingly unconcerned but thought “results of my emergency MRI” sounded like a valid excuse to take more time off Monday.

When I arrived Monday, the hospital staff didn’t say much more than that they wanted to admit me. It seemed like overkill for a detached retina but this was back when I didn’t question medical professionals so I called my insurance and my office for approval before texting Brad. Even while sitting in my super-fancy hospital room googling every eye malady known to man, I wasn’t thinking about cancer.

Later that evening the poor ophthalmologist came to tell us that I had a tumor in my eye and that the MRI had picked up possible lesions in my brain. He definitely buried the lede on my diagnosis but I don’t blame him. I don’t imagine it’s often he had to tell patients that their eye condition is terminal. He’d obviously put our chat off until the end of his shift and I tried to make it as easy on him as I could. I didn’t ask many questions and we agreed that I’d meet with the oncologist the next morning.

Brad and I slept together on the little fold-out sofa. We didn’t sleep much. He was playing some dumb Candy Crush gardening game at the time and I was so grateful to be able to just watch him play, offering my advice on what the butler should build next. That game got us through a lot of nights in the months to follow.

The next morning we met my oncologist for the first time. He explained that the brain lesions were almost certainly tumors and squashed my hope that they were MS lesions (my mom had multiple sclerosis). The cough that had plagued me for weeks pointed to lung cancer and we scheduled the PET-CT scan for Thursday. I was simultaneously amazed by the efficiency – from ophthalmology appointment to diagnosis in a day and a half – and frustrated by the need to wait for a scan, biopsy, and other tests. Cancer, dammit, treat me now!

Other than impatience, I didn’t feel much inside. My first thought was, “Well, everyone dies.” If this had to happen to anyone, I thought, I was a logical choice. I had no children and I’d already experienced more than a lifetime’s worth of joy. I wasn’t happy about the diagnosis but I was oddly accepting. I wanted to be pragmatic and objective. I wanted to impress the oncologist and Brad with my good attitude. I wanted to be a good patient.

I’ve come a long way since then.

Of course the oncologist waved off my questions about survival odds. It depended on too many factors, the type of cancer, etc. I myself managed to wait about a day and a half before googling.

At the time, I didn’t even have to click through to the research to see that the median survival time was 6-8 months and the five year survival rate was less than 1%.

Wednesday was Chung Yeung festival, a national holiday when Hongkongers traditionally clean the graves of their ancestors. Brad took me to some kind of Temple of Stairs that really sucked. My breathing had become so difficult at that point that I had to pause to rest after every few steps. I remember being passed by these families walking to their loved ones’ graves, smelling the incense, gasping for air, coughing painfully, and feeling very close to being in one of those graves. For the record, Brad’s since become very sensitive to cancer fatigue and my need for rest. Amazingly so.

As I’ve been sifting through these memories from a year ago I’ve realized just how much I’ve changed as a person. Not just in the inspirational, “boy, I’ve grown” way. I mean really, and in a kind of disorienting way, I have very different thought patterns; some memories of myself feel intensely foreign.

I’m more in touch with my emotions now, which is a nice way of saying I’m more emotional. I’m learning to be okay with that and kinder to myself in general. I appreciate music and visual arts more. I talk more slowly. I no longer get pleasure from my old hobby of tracking everything in my library of spreadsheets. I’m more willing to listen and learn but partly because I’m no longer confident with my cognition. What makes the difference scary is that I don’t know how much is me improving thanks to my mindfulness practices and how much is due to personality changes from the brain radiosurgery.

I don’t know that these changes net good or bad. I like myself now and I liked myself then. I know that when the next brain tumor crops up, I won’t do another round of brain radiation. I also know that my meditation and yoga practices are deeply healing. They may cause personality changes as powerful as the radiation but they’ve helped me better understand which parts of my mind are “me,” which will die with my body, and which are part of something larger.

The most important thing I’ve learned this year is to focus on the moment and in this moment I’m overwhelmed with joy, love and gratitude.

My story is very similar to yours with the exception I am almost 20 years older. I was dx October 2019 when I went to my pcp for indigestion issues. The X-rays showed a 24mm tumor. Further testing show mets in the chest lymph nodes. Before the end of the month I noticed I was spilling a lot of drinks and my left foot dragging when tired. I was advised to go immediately to the E.R . The MRI showed two 23mm tumors on the right side of my brain and one 3mm on the left side . The tumors cased a midline shift of my brain. I had a craniotomy the next day. I could not even tie my shoe for a month and was in rehab for a couple weeks. I was so totally overwhelmed trying to understand and comprehend everything. I could not remember anything the doctors would say to me. I was released after a 2 week stay to finish recooping at home. The tumor beds were radiated 8 weeks later, Gamma knife was used to eradicate the 3mm tumor. I started Keytruda at the start of 2020 and am still getting treatments even though I have been in remission for a year.
I am very thankful for your blog……especially about the radiation necrosis. I look forward to learning more to better advocate for myself..
May God Bless you & keep you well

Hi Laura! It’s so crazy to think that we were going through the same things at the same time. It’s oddly comforting to know we were together. Still, your journey sounds more fraught making your recovery even more incredible! My last scans showed midline shift for the first time. Just 3mm and my symptoms are still minimal. Here’s hoping it all stays minimal. In the meantime, I’m so glad you’ve seen the dangers of radiation necrosis! Not to say you shouldn’t consider another round of Gamma knife if you ever need to, but just so you have all the info. Sending you much love and faith that you don’t ever have cause to consider the possibility!